What is Metabolic Syndrome? 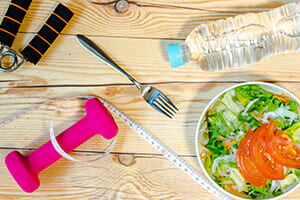 Metabolic Syndrome is a group of risk factors that either in isolation or taken together increase your risk of heart disease, stroke, and type 2 diabetes.

The causes of Metabolic Syndrome are many and include controllable conditions like being overweight, a lack of sufficient exercise, and insulin resistance. However, there are many causes that cannot be controlled such as aging – the risks of Metabolic Syndrome increase with age. Genetics is also a factor in contracting the condition. Excessive blood clotting and low-level inflammation throughout the body are often found in people with Metabolic Syndrome but research has yet to conclude if these are causes of the condition or appear along with it to worsen the effects. New research is also pointing to conditions such a fatty liver, ovarian cysts, gallstones, and sleep apnea as being possible contributing causes.

Who is at Risk?

The people most at risk from Metabolic Syndrome are those who are overweight and suffer from abdominal obesity, those with an inactive lifestyle and people suffering from insulin resistance which occurs when the body produces adequate amounts of insulin but is unable to use it properly. This is why exercise is so important as well as eating healthy. The human body must move and experience a heart rate increase for 20 minutes or more every day, for example.

Caucasian men and women are equally at risk of contracting the condition. The risk factor varies among ethnic groups in the U.S. Those of Hispanic descent are more at risk and among this group the women are more likely to contract this condition. The same is true of African American women.

The American Heart Association says that three or more of the following symptoms indicate the likelihood of Metabolic Syndrome: