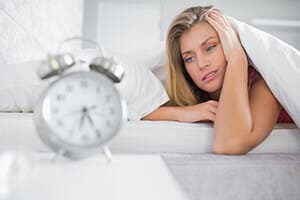 A recent study suggests women prescribed selective serotonin reuptake inhibitors (SSRIs) could be at higher risk for bone fractures—even years after they stop taking the drugs.

Our Manhattan practice offers holistic options and skilled medical treatment to patients so they can make their best health choices. Part of our mandate is education. For our patients moving through menopause, that means alerting you to information that could affect your health.

In research published online in the June issue of Injury Prevention, study authors compared medical data on more than 235,000 women between 40 and 64 years of age. The study looked for health associations between two groups—those prescribed SSRIs, and those prescribed drugs used to treat indigestion.

The women involved in the study were treated for symptoms related to menopause, not for symptoms of any mental disorder.

SSRIs are antidepressants, and work to address brain chemistry that can lead to depression, and depressive symptoms. In this study, the generic names of the types of SSRIs studied include:

These drugs are marketed under brand names like Zoloft, Prozac, Paxil, and Celexa. Antidepressants are the third most common type of drug prescribed in the U.S., and often for uses that are not psychiatric in nature.

In June, 2013, the Food and Drug Association (FDA) approved paroxetine as the first non-hormone based treatment for hot flashes related to menopause. Antidepressants are sometimes prescribed to treat symptoms of menopause including hot flashes, irritable bowel syndrome, and night sweats.

Reason for Concern if You Take SSRIs

The data collected for this study came from the PharMetrics Claims database, an information resource that tracks drug treatments of more than 60 million patients across the country. Researchers focused on women in the target age range who began SSRI treatment for menopause symptoms between the years 1998 and 2010.

During the study term, researchers learned the following key information:

In their discussion, study authors suggest an association between SSRIs and an increase in osteoclastic behavior. This means SSRIs could increase the rate at which bones replace themselves. The result of altering the cycle of bone renewal could be thins bones, and lower bone mineral density—making patients more susceptible to fracture.

As this was an observational study, the research suggests—but doesn’t prove—an association between taking SSRIs and an increased chance of breaking a bone. More studies will be needed to prove the link.

In the meantime, there are other options besides SSRIs to treat menopausal symptoms. So if you are someone at risk for osteoporosis, be sure to discuss your options with your physician.